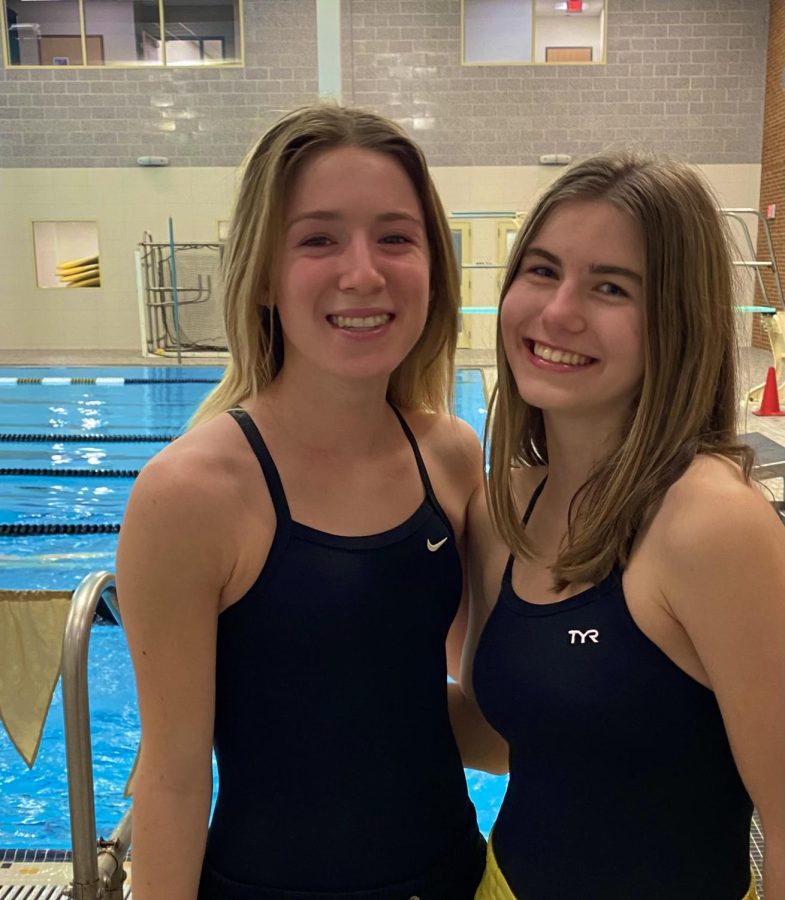 R.J. Reynolds’ Dive Team is not what you might expect. There are only two members of the team: freshman Maryvan Gardner and sophomore Sarah Welsh.

Gardner and Welsh are not only teammates but also close friends. These two girls are first-time divers and already have a strong passion for it.

Before diving, Gardner spent a long time participating in gymnastics but stopped once she started high school.

“I love sports,” Gardner said. “Diving is what I kind of turned to for a replacement.”

Welsh doesn’t just dive, she’s also on the dancing boots at RJR. She wanted to branch out in her choice of sports and diving just seemed right to her.

“I wanted to do something other than dancing,” Welsh said. “I thought it’d be fun, and I like to do flips and stuff.”

Both Gardner and Welsh have a background of tumbling.

“I like it because not many people do it,’’ Gardner said. “I wish more people would, but I think it’s cool that you’re one of the only people that do it [dive].”

There are only ten students in the entire Winston-Salem Forsyth County School district who dive. They all practice together on the Wake Forest campus, twice a week, for an hour.

They practice at night, so it’s different from the swim team that practices early in the morning.  Because swim and dive practice in different locations, there is a separate coach for each team. Caroline Bronson is the swimming coach for RJR and Alison Menzies is the diving coach.

Menzies coaches all ten students practicing at Wake. She studied at Wake Forest School of Medicine and is now a Physician Assistant at Wake Forest Baptist (Atrium Health).

Menzies dove for Reagan High School and represented them at States. According to the student-athletes, she is an outstanding and nice coach.

“I’ve learned so much and our coach is good,” Welsh said.

The way to get on the team isn’t as simple as one may think. There are tryouts, which could be tricky for someone with no prior experience.

“I got to the tryout and had to just try with everything even though it wasn’t perfect,” Gardner said.

When asked about the biggest challenge of diving, the two girls responded by getting through the fear that comes with trying new dives.

“I like trying new things, but for some people, it can be scary,” Gardner said. “If you’re scared to try something new, do it anyway. Once you’re successful, it’ll be such a good feeling.”

Advice from the Dive Team, ‘just take chances and give it a shot!’