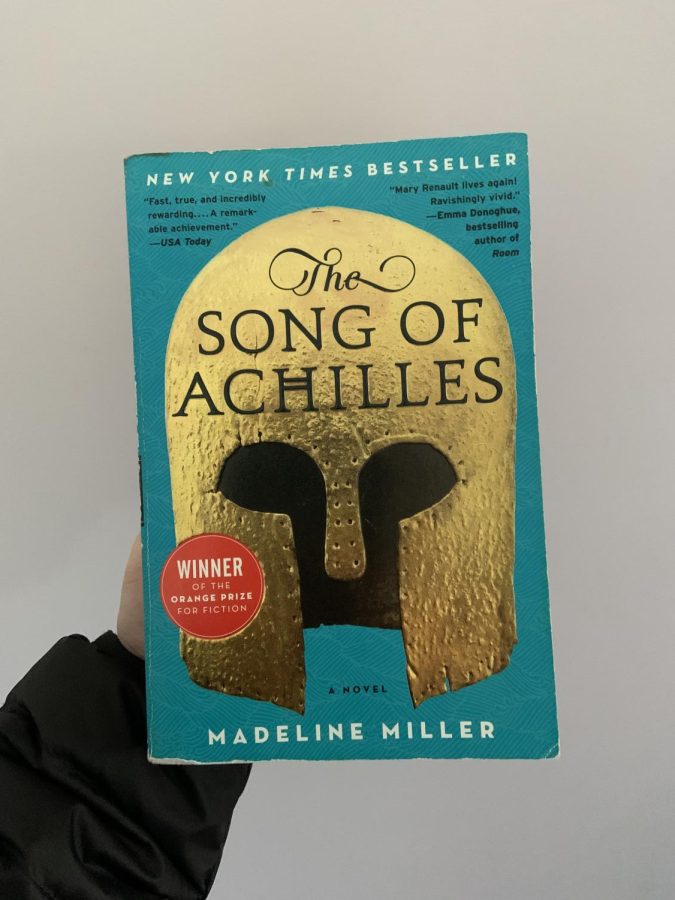 For those who enjoyed reading The Iliad in Mr. Allen’s English class or loved the Percy Jackson Series in elementary and middle school: your next read needs to be The Song of Achilles by Madeline Miller.

The Song of Achilles is a retelling of Homer’s The Iliad; the classic tale of honor, obsession, love, and loss following half-god war hero, Achilles. The twist is that The Song of Achilles is told from the perspective of Patroclus, a somewhat minor character in the original story. The book follows Patroclus’ life and his relationship with Achilles. It tells the story of the fall of the city Troy and a brutal war through the eyes of one mortal man. Miller generally stays historically accurate to the time period and brutality of the war. It can be dark at parts but feels very real and genuine to the reader. The book is very character-driven and there is so much beauty in watching the devastating character development of Achilles through the eyes of Patroclus, someone who cares so deeply for him.

While The Iliad is an age-old tale that has been read for hundreds of years, you will not be bored reading this retelling. The plot moves generally pretty fast and leaves you enthralled from the beginning all the way to the end. Miller’s writing style is simple and beautiful, bringing so much life and a whole new perspective to a classic Greek myth. She humanizes ancient and godly characters in a way that is not present in the original story, allowing the reader to empathize with and feel really connected to each character. The story is an emotional journey and will leave you at a loss of words at the beauty of it all.

The book generally stays true to the plot of The Iliad, except for filling in new details here and there. Also, the language of the book is much more modern. If you felt that The Iliad or other ancient Greek myths such as The Odyssey were impossible to get through, I wouldn’t necessarily rule out The Song of Achilles right away. The Song of Achilles is easy to follow and can be a great introduction to Greek mythology for those who are interested. It is written in a way that anyone could read, even with no background in mythology.

Everyone should read The Song of Achilles. There is so much symbolism and different layers to the book that allows for a new realization every time it is re-read. Overall it is an equally beautiful and tragic book that is captivating from the first page to the last.