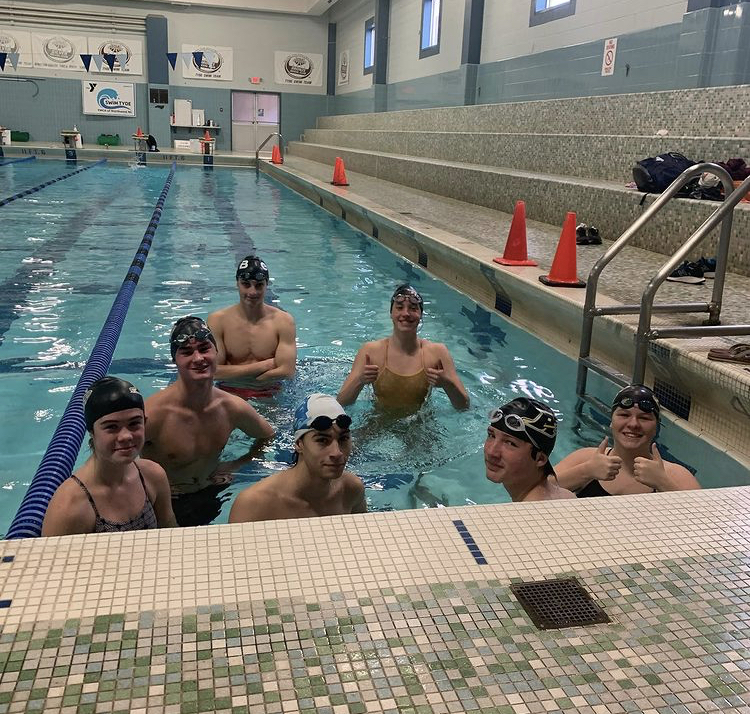 RJR Swim and Dive opened their season off with a stellar performance. Both the Boys’ and Girls’ teams were able to secure second place in their respective meets.

“We did well considering it was our first meet,” senior captain Zach Dunn said.

Scoring in swimming is based on the cumulative performances of the individuals, similar to track and field.

“Swimming is an individual sport and you are trying to improve your personal times as much as possible, but your success determines the team’s success,” Dunn said. “I think there is a very important team atmosphere for swimming. This atmosphere has helped the team get excited and bond as a group.”

Using these early season experiences to bond as a team, as well as to build off of for greater success will be key for the team as they look to their goals for the season.

“The biggest goal for the season is to win the conference championships in both the boy’s and girl’s divisions,” Dunn said. “But we also hope to see everyone improve and have fun.”

The team showed potential in their opener, but Dunn knows that it will take more than that to come away with wins.

“I think the last meet gave us some things to focus on in order to improve,” Dunn said. “But most importantly, I think that it shows that we can win if we work hard.”

The Demons will look to improve off their performances as they get back in the pool for their next meet on Friday at the Jerry Long YMCA.