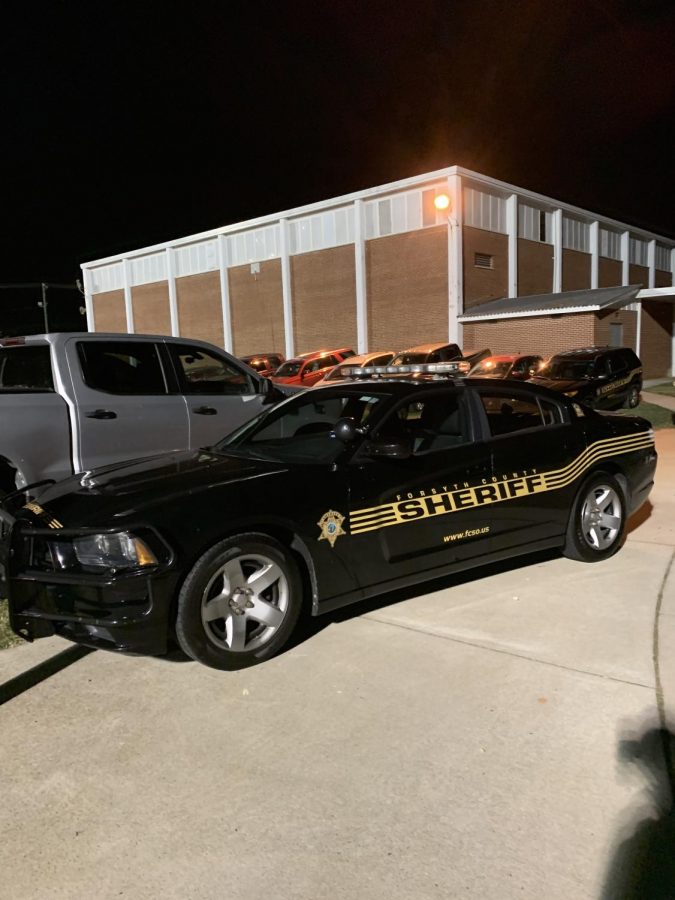 There is never a typical day at Reynolds High School. Inside the historic school, students are gaining a high-quality education from their classes. However, students enter campus every day unsure if their lunch will be interrupted by a fight or if they will have to go into lockdown during a class. This is a challenge that Reynolds and the Winston-Salem Forsyth County Schools have been working hard to fix.

On September 13, 2021 a clear bag policy went into effect for all WSFCS school events including sporting games.

Kristin Kennedy, the varsity cheer coach and an English teacher at RJR, has faced the new rule first hand. Although the policy was smoothly implemented it had a few challenges at first including not allowing the cheerleaders to bring their bags into the stadium.

“The girls have had to leave their bookbags on the bus before,” Kennedy said.

Kennedy is also aware of the privacy issue that clear bags bring but would rather be safe.

“I know that some people think that it is a privacy issue but at the same time our school has had two guns found in the last month,” Kennedy said. “I would rather have a clear bag policy than have a gun be brought to a football game.”

Clear bags for school have been proposed before the school board but no decision has been made and as of now it is unlikely they would be required.

What the school board is finding most successful to limit guns on campus is the anonymous tip-line.

“What is absolutely 100% working right now is the tip line,” Leah Crowley, a school board member, said. “Students and parents are calling the tip line saying hey I heard such and such has a gun. Then they are investigating that and tracking it down.”

What makes this tip-line so successful is confidentiality.

“I feel like that has been an effective thing because a lot of time the whole snitch thing has a bad connotation,” Crowley said. “Kids feel okay and safe to report that kind of stuff and they know it’s anonymous and there’s not going to be retribution for them.”

The addition of extra student resource officers (SROs) is also an important issue to Reynolds and other schools.

Reynolds, currently only with one SRO, will receive a second SRO before January. This was a part of a $212,000 plan approved on October 29 to add an additional SRO to five schools around the district. This request for additional support came from the multiple school’s administration.

These are a few of the steps Reynolds and the WSFCS are taking to maintain a safe environment for students further their learning.