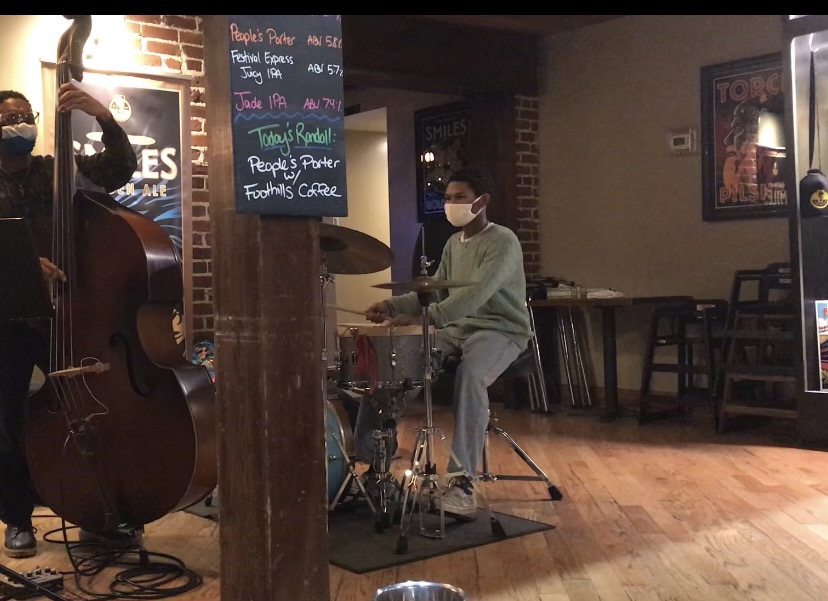 “I got started in music when I enrolled at a summer music school at the age of seven,” Harris said. “I began on the trombone and moved to drums in middle school, and classical music was the first genre of music I began learning.”

Most musicians start at a young age, and it takes years to perfect their craft. Working meticulously is the key to success and giving up is never an option for these young talents.

“A good work ethic and determination is essential to being a good musician,” Harris said. “This is because no one is going to tell you to practice, you have to do it yourself, while having the determination to continue to hone your skills when faced with criticism by listeners, fellow musicians, and teachers or mentors.”

Although much of being a successful musician is due to hard work and a sense of self responsibility when it comes to practicing, to be successful at the high degree that those named to the All National Honors Ensemble are, surrounding yourself with people who can support you through thick and thin is important.

“I owe my success to my very supportive parents who have been there at every performance I’ve had, my brother who pushes me to be better, and the great teachers and mentors I have at RJR like Mr. Jonathan Hamiel,” Harris Said.

As a musician progresses in their career, they will begin to formulate their own style of play. Over the years they will hone their craft and differentiate themselves among their peers. However, most musicians usually take after a famous musician who influences their style of music.

“The drummers who influence my playing the most are Brian Wade, John Bonham, Dan Weiss and Bernard Purdie,” Harris said.

“After highschool I hope to attend a music conservatory to study jazz, but my biggest goal is to be able to make a living teaching and playing the drums as a full time job,” Harris said.

Talent, hard work, perseverance, accountability, and responsibility are all words that can describe the musician journey Alston Harris has been through in his years of playing the drums. It is easy to see that and account for luck, or natural ability, but it is undeniable that this level of success within the musical arts does not come with little effort. It has been interesting to see how his career in music has played out so far, but it will be even more fulfilling to watch all that hard work and dedication pays off as Alston is able to continue his dreams in the future.