Pumpkin Spice: The Flavor of Fall 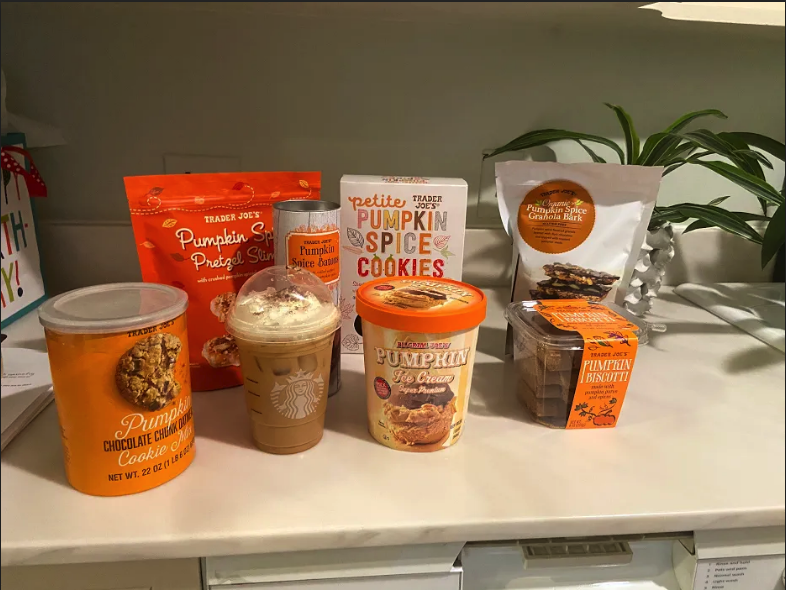 It is finally fall: the leaves are starting to change, Halloween decorations are going up and people are beginning to wear warmer clothes. As a food lover, this is one of my favorite times of the year. Out of all the fall flavors, the most common would have to be pumpkin spice. Pumpkins are an important decorative item that signal the start of this new season. It just so happens that they are also very delicious. People have discovered that adding a little spice to the pumpkin takes it to a whole new level.

This flavor combination has been put into anything from coffee, to ice cream. Trader Joe’s is known for having one of the best selections of pumpkin spice foods. I went there and picked out a range of goods recommended to me by my classmates. In total I bought seven snacks from Trader Joe’s and one of Starbucks’ iconic Iced Pumpkin Spice Lattes.

To begin my food journey I tried an organic pumpkin spice granola bar. Honestly this item was a little bit of a let down. I had very high hopes but the pumpkin flavor was just not there at all. The granola was alright but what made it at least a little bit enjoyable was the chocolate on top.

To go along with the salty and sweet treats, I tried the pumpkin spice pretzel slims. These made up for the dissatisfaction of the granola bars. The pretzels were coated in a thin layer of pumpkin frosting and covered in crushed pumpkin seeds. They were not very filling but I could really taste the pumpkin and the spice, plus the crushed pumpkin seeds on top added another texture to the pretzel. 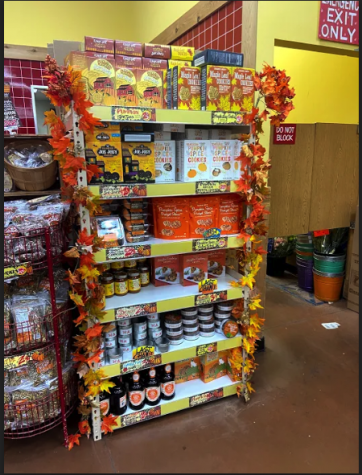 A highly recommended item was the pumpkin chocolate chunk oatmeal cookie mix. These cookies did not disappoint. They were so soft and the chocolate just took the cookies to another level. I could taste the pumpkin and the spice in each bite. It was hard to keep myself from eating the whole batch. The only downside to this cookie mix is that you have to make it yourself, which means about 20 extra minutes of waiting until you can eat these delicious cookies.

Once I had finished  trying all the more traditional snacks, I ate the ones I considered to be more out of the box, starting with pumpkin ice cream. I have to say this was not my favorite. The ice cream was orange, which is expected but it really did not seem right to me. The pumpkin flavor was definitely there but I do not think it worked well in an ice cream. It was hard to eat more than one bite because the flavor just did not match up with the texture and temperature of the ice cream.

After the ice cream, I tried pumpkin spice batons. These were essentially rolled wafers filled with pumpkin spice. These were by far my favorite treat. They had just the right amount of pumpkin to wafer that made them super enjoyable. I consider them the perfect dessert to have if you do not want to feel too guilty.

I did not just try food though, I bought Starbucks’s Pumpkin Spice Latte. I prefer my coffee cold so I got the iced version of this latte. I loved the drink but the coffee flavor overpowered the pumpkin spice. I was surprised by this because I know so many people who rave about it but it just missed the mark for me.

Although it is hard to imagine, there are so many more snacks and sweets that incorporate the pumpkin spice flavor. I barely scratched the surface of all the combinations there are to try. If I had to recommend just one of these items, I would definitely say the pumpkin chocolate chunk oatmeal cookie mix. They are just so good and I am sure anyone who tries them will love them. I have to say, unless you are in too strange flavor combinations, the pumpkin ice cream is not for you. I would not recommend that ice cream to anyone but if that were the worst thing I tried, then I would say this food haul was successful. I can now support and confirm that pumpkin spice is the flavor of fall.