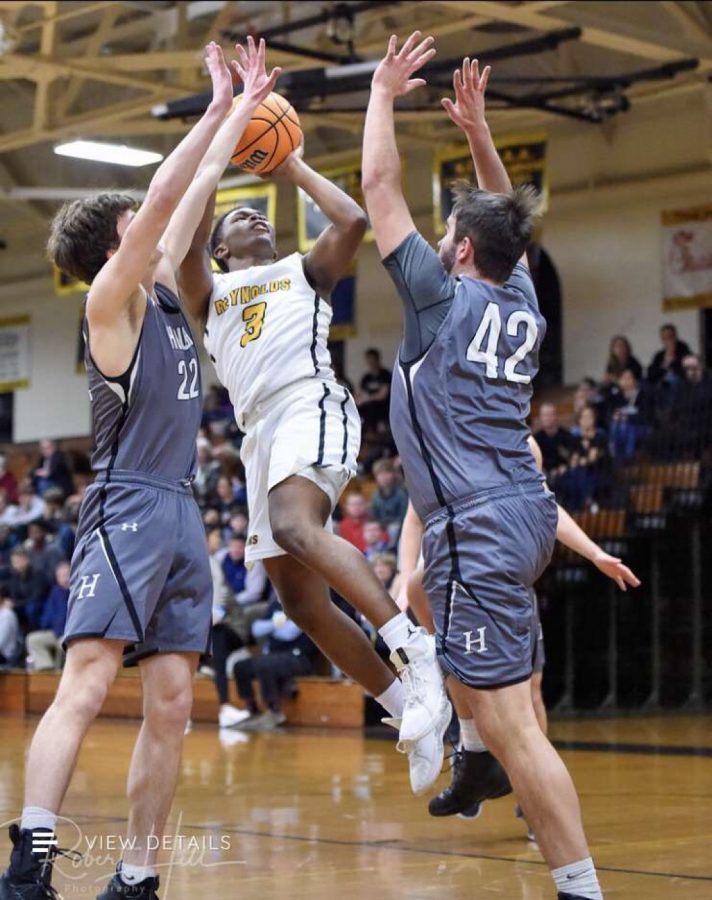 So far, RJ Reynolds’ Demons have had an exciting first half to the year. Much of that is thanks to the spectacular athletic programs present at Reynolds. The fall sports kicked off with a great start when field hockey made a strong run into the second round of the state playoffs. Also making a statement of a season was the men’s soccer team. After becoming conference champions for the second consecutive year, the Demons then went on to win the North Carolina Western Conference title and played in the state championship. These positive seasons helped inspire the winter sports to have an amazing year as well.

Men’s basketball came out strong this season and continued their dominance of the Central Piedmont Conference. Last year, the Demons made a historic run to the final four of the state playoffs. This was encouraging for this years team as they saw a bright future for the basketball program. After a relatively slow start to the season, the Demons picked up pace when the conference play began. They ended up 9-1 in conference play and won their second consecutive regular season conference title. The season unfortunately ended in the second round of the state playoffs with a loss to Hough High School.

The swim and dive team started off the winter sports season very strongly as well. Junior Whit Andrus took the dive competition by storm. Andrus represented Reynolds in the Western Conference dive championship and won. Andrus also made a strong run for the state championship but took third place in the competition.

“Representing Reynolds is awesome, especially when your whole team shows up to support you,” Andrus said.

He is referring to the large number of students and parents affiliated with Reynolds high school that came to support him. Not only did Andrus make huge steps for the dive team, but junior Makenzie Thelen broke previous records as well. Thelen became the first female diver at Reynolds high school to qualify for the regional dive meet.

The women’s basketball team had a strong season under their head coach, T.J. Eggers. The girls’ final record ended up being 8-17. Their strongest win was against rival Reagan High School with the final score being 72-62.