The importance of youth voting 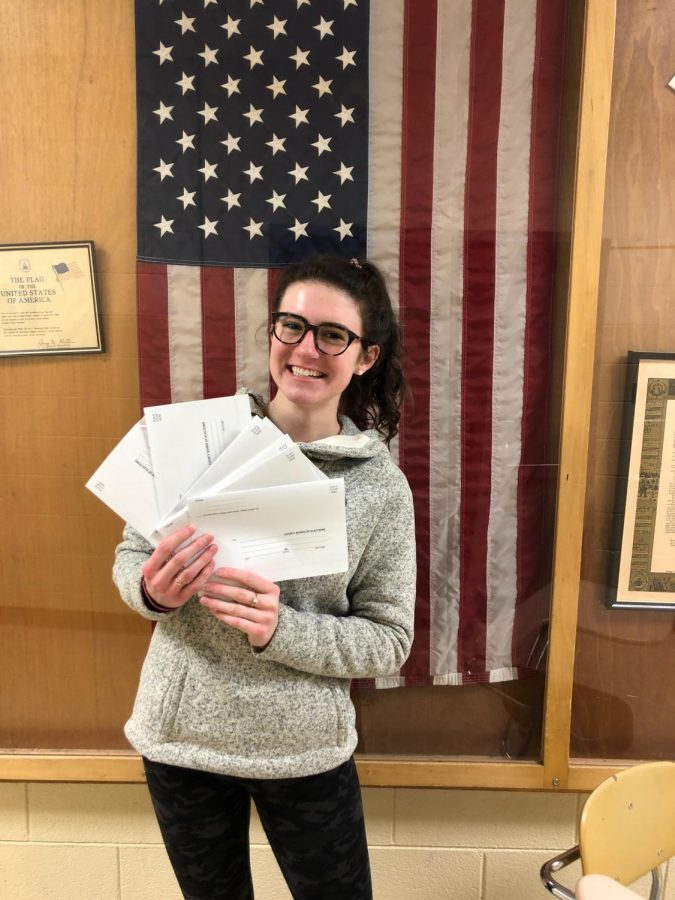 Have you ever wondered why students are required to take classes such as civics and American history? These classes, among other things, help to prepare students for their civic duties, such as voting.

Due to the 14th and 19th amendments to the United States Consitution, all citizens have the right to vote. However, it was not until the 26th amendment that the voting age was lowered from 21 to 18.

The right to vote has not always been gauranteed for all persons. Throughout history, people fought for the right to have their voice heard by participating in elections. These elections determine the outcome of who will be the representatives in local, state, and national governments.

“For our society, voting is the privilege of citizenship that insures that our democracy remains viable and responsive,” civics teacher Cris Wiley said.

While some people might find voting boring or common place,  senior Zoe Brokenbrough looks forward to being able to vote in the upcoming election.

“Voting to me means having your voice heard,” Brokenbrough said. “I think it gives people the power to help shape legislation that will effect their everyday lives.”

The next general election will be in November of this year, while the primary is in March. The primary will determine party nominees for various offices, including the presidency. Seats in both the House of Representatives and the Senate will be voted on in the upcoming election.

“The balance of power the House of Representatives may not shift a great deal this election cycle, but the close margin in the Senate may be dictated by a few states, notably, North Carolina,” Wiley said.

For many high schoolers, this election will be the first that they are able to participate in. Some, like Brokenbrough, want to get more involved.

Brokenbrough is passionate about trying to educate people about politics. She is involved in an organization called When We All Vote.

“I initially heard about the organization at a meeting for Youth and Government and what they were about really interested me, which is why I wanted to get involved,” Brokenbrough said.

When We All Vote is a nonpartisan organization focused on increasing political awareness and closing the voting age gap. Since 2018, they have strived to increase youth participation in elections.

According to an article published by the United States Census Bureau, in the 2018 midterm election, 36 percent of the voting population age 18 to 29 voted. Although this was a 55 percent increase from 2014, where only 20 percent voted, the percentage of voters age 18 to 29 who vote is still considerably behind when compared to other age groups.

“Younger generations do not effectively insist upon their issue being heard or their interest being protected,” Wiley said. “Younger voters can decide outcomes with their inactivity or apathy.”

Brokenbrough wants to encourage young people to vote in an effort to close this gap.

“The main way we are implementing the ideas of the organization at Reynolds is through voter registration drives, which we will be having throughout the rest of the school year,” Brokenbrough said.

While registering to vote is a great first step, Brokenbrough recognizes that there is still a lot that needs to be done before the voting gap will close.

“The intention with when we all vote is to create a culture of active civic engagement at Reynolds, so that when any election occurs, students will be motivated to go vote and have their voices heard, and hopefully encourage others to do the same,” Brokenbrough said.