A Place to Turn Back Time 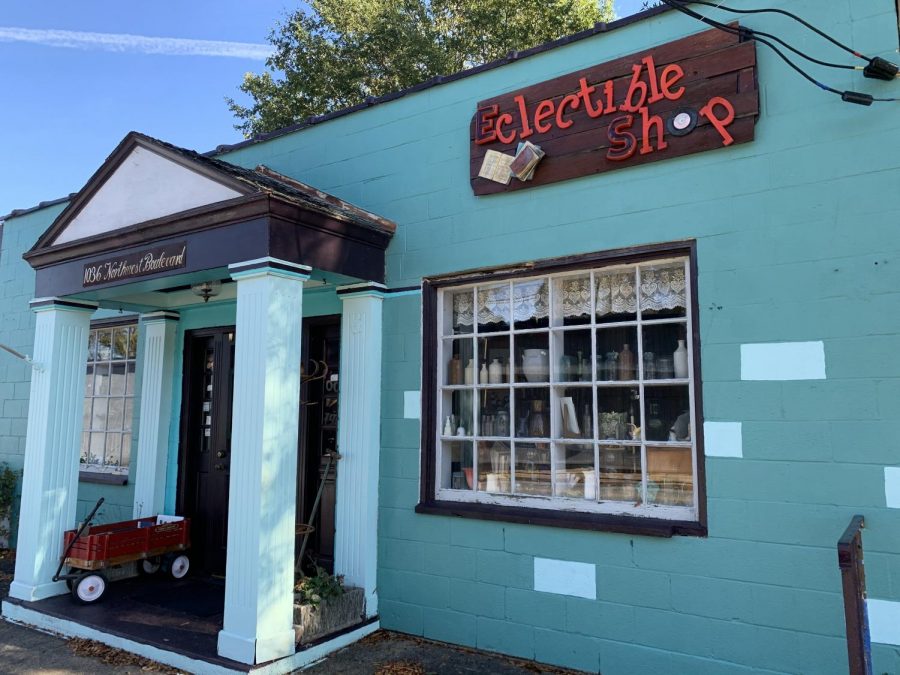 A small blue building sits on West Northwest Boulevard patiently waiting to take it’s next admirer back in time. Mazes of books pathe a way through the shop. Books that are worn around the edges with brown pages, delicate to the touch. Records, cameras and picture frames dating back to the 18th century line the hallways. This place truly represents the historic charm of Winston-Salem. This place is The Eclectibles Shop.

Frank Frye, the owner of The Eclectible Shop, has lived in Winston-Salem for 65 years. He attended Reynolds High School and graduated in 1965. He sent his children to Reynolds as well and has witnessed the school develop throughout the decades.

“I remember we won the state championship in football,” Frye said. “I was in Key Club and a singing group with string instruments. But that was preintegration so that is a change we´ve made for the better.”

Frye believes Reynolds provided rich academics and continues to do so today. Along with Reynolds, Frye has had first hand experience in watching the expansion and growth of Winston-Salem. In the ‘80s, Frye was on the city council when the infamous Arts District was first being developed.

“We started the Arts District back when it was just one art gallery, brick sidewalks and a few street lamps.” Frye said.

He noticed that the area around Baptist Hospital used to be a drug infested part of town that is now a place of medical research and an extremely well-known medical center. Along with the new and improved downtown area, Winston was certainly growing.

Frye was afraid to lose the charming and artistic place Winston was becoming during the turn of the millennium.

It was 2000 when Frye asked himself, what does this city need entering into the new millennium? His answer: a bookstore. Collecting hundreds of books was not a fast process, nor an easy one. It took 20 years to obtain his collection with the help of other collectors and locals.

“There are lifetimes in here,” Frye said. “Some of these collections here are from people 100 years old. I just acquired John E. Lee’s books, a local writer. A couple of collection I got from a 98 year old moravian bishop.” 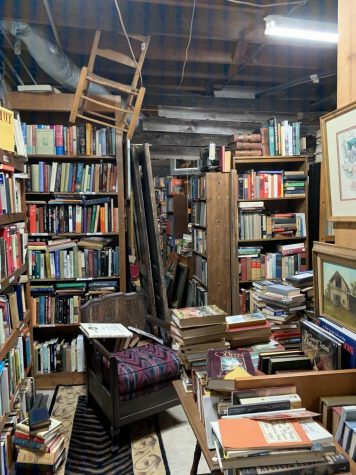 Frye is captivated by the untold stories behind his collections and the personalities encountered in the process of collecting books.

“When I look at these collections, I get interested in the influence behind them over the years,” Frye said.

With Frye’s experience at Reynolds High-School, developing the Arts District, and his passion for books, he was able to cultivate a place that represents the melting pot of art and history Winston-Salem is today.